Why More People Are Considering A Natural Burial

Posted on November 10, 2021 by Ash under Uncategorized
Comments Off on Why More People Are Considering A Natural Burial 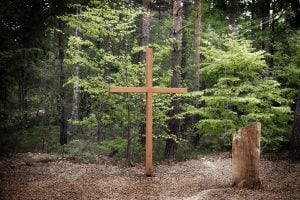 A growing number of people are choosing natural burials instead of traditional burials. While both are used for honoring the deceased, natural burials are considered more affordable and eco-friendlier. Below are some additional differences between the two.

How Natural and Traditional Burials Differ

Traditional burials utilize an embalming fluid called formaldehyde, along with costly concrete vaults and metal caskets. The production of most of these materials is energy-intensive and environmentally harmful. Both the WHO (World Health Organization) and European Union have confirmed that formaldehyde and other embalming fluids are carcinogens that are capable of corroding both plants and water. Despite this, embalming is preferred by those who do not like the idea of decomposition, and it allows the deceased to remain suitable for private or public viewing for much longer.

Natural burials involve putting the deceased to rest in either caskets made of poplar wood or pine and fibers which are environmentally safe like linen or cotton. These materials are biodegradable and will not threaten the surrounding environment while allowing the body to degrade naturally. In contrast, the methods and processes used in traditional burials are designed to slow down or inhibit the decomposition process.

Why is Formaldehyde so Hazardous?

Formaldehyde is an organic compound that occurs naturally. It is considered a precursor for numerous chemical compounds and materials, which is the reason it has been used for decades. Up until recently, about 9 million tons were produced worldwide and it is primarily used to produce industrial resins.

However, formaldehyde is also capable of preserving cells and tissues, which made it valuable in nations that maintained a long tradition of embalming the deceased, particularly those in the northern hemisphere. It has also shown effectiveness in destroying both fungi and bacteria, making it a great disinfectant and it has even been added to vaccines to deactivate pathogens and toxins.

However, in 2011 the American National Toxicology Program revealed that formaldehyde is a carcinogen, and its continued use could threaten both human health as well as the environment, as this substance is both volatile and toxic. It is for this reason that many around the world are considering a natural burial.

The Costs of Traditional and Natural Burials

Another significant difference between the two burials is the cost. Traditional burials can be very expensive, costing about $10,000. This price will include the grave marker, embalming process, viewing fees, and casket and funeral ceremony. By comparison, natural burials cost about 1/3 the price.

The type of service you select should depend on the preferences of your family and loved ones. For those that want something simple and affordable, natural burial is an ideal choice. Additionally, it is still possible to provide memorial or funeral services and a stone marker can be added to the site so that it can be visited.