Important Facts Of A Natural Burial

Posted on November 10, 2021 by Ash under Uncategorized
Comments Off on Important Facts Of A Natural Burial 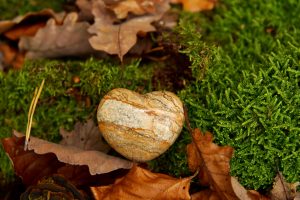 Natural burials are an environmentally friendly way of laying someone to rest. Aside from the minimal impact that it has on the environment, it also conserves natural resources while offering greater protection to those employed in the funeral industry.

Why Do Some Prefer Natural Burials?

Individuals who care about the environment want to be buried in a manner that doesn’t cause any form of pollution. They rightly point out that this is the manner in which humans have been buried for much of history before industrialization. There are also some that feel that the funeral industry has become too commercialized and should be kept as simple as possible.

Others choose natural burials for financial reasons. The cost of a standard funeral and cemetery internment is quite expensive, reaching as high as $10,000 depending on the services that are requested. Spending this much money on someone who is deceased makes little sense when it can be used for the living instead.

There are also others that prefer natural burials for religious reasons. Muslims and Jews, in particular, do not approve of the embalming process so green burials fall neatly in line with their religious observances.

How Do Green Burials Conserve Resources?

Green caskets will decompose right along with the body, but will not leave behind toxins. When manufactured they are done so in a way that is carbon neutral. While many of the caskets which are commercially produced will also degrade after enough time has passed, this will take much longer particularly if they are designed with metallic components like hinges or handles.

Additionally, classical caskets are designed using chemical treatments like veneer or paint which when buried will eventually seep inside the soil. And because conventional caskets tend to be heavy, it takes a significant amount of carbon emissions and energy to transport them.

The Benefits of Green Cemeteries

Over the last twenty years, a growing number of cemeteries established in the United States are “green,” meaning that traditional caskets and burial processes such as embalming are not allowed. The first was opened in 1998, and dozens more have appeared across the country since then.

These cemeteries are so eco-friendly that many of them don’t even use herbicides for maintaining their grass, since the soil may absorb the harmful chemicals. Those who work in the traditional burial industry are also exposed to formaldehyde, which is quite dangerous. While there are safety protocols in place to prevent funeral workers from being injured such as special outfits and respirators, the bodies will still be embalmed and buried with it. A number of alternatives are being developed for traditional embalming fluid, the most popular of which are essential oils.