Posted on November 10, 2021 by Ash under Uncategorized
Comments Off on Embalming vs. Natural Burials 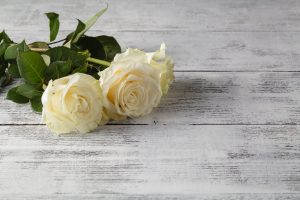 white roses on a wooden table

The decomposition of the human body is considered unpleasant and undesirable to many. There are some people that dislike the very idea of their loved ones or themselves decaying. It is partly for this reason that embalming was developed.

It is a process where embalming fluids are pumped into the body which extends its preservation. It is ideal in situations where the body needs to be shown publicly, transported, or used for scientific reasons. While it isn’t a legal requirement in most jurisdictions, the funeral homes which provide it must follow strict regulations.

Embalming is primarily used in Europe, the USA and Canada. While the practice is not discouraged in Christianity, it is forbidden in Judaism and Islam. While embalming certainly has its benefits for the medical and scientific community, the practice comes with some controversy.

The Risks of Using Embalming Fluids

Embalming fluids have been revealed to be extremely toxic. In fact, these chemicals are so toxic that those working with them must wear full protective equipment like bodysuits and respirators. The World Health Organization has also confirmed that formaldehyde is a carcinogen and environmentally harmful.

It should also be noted that embalming is not permanent; all it does is slow down the decomposition of the body. The decomposition rate will depend on the fluids used along with environmental factors including humidity, the burial container and temperature.

Natural burials do not involve the usage of embalming fluids. Additionally, the casket or shroud used is also biodegradable, which means that the body will return to the soil in a natural manner. While the FTC (Federal Trade Commission) has not yet established specific guidelines for these burials, they are an option for those that desire them.

Some cemeteries are considered “green” which means that everyone buried there has been laid to rest naturally, but there are also hybrid cemeteries that offer a combination of both. The very first green cemetery was opened in 1998 in the U.S. The rules for burials can vary greatly by jurisdiction so it is important to perform research on your area to learn what is allowed.

For example, there are some cemeteries that require the usage of concrete vaults, so you’ll have to learn about vault usage prior to buying a plot. One request that can be made in cases where vaults must be used is requesting the drilling of holes within the concrete vault bottom or inverting it so the body may return to the soil. Green burials have increased in popularity because of their affordability and low environmental impact.