Posted on May 12, 2021 by AmericanHeritage under Announcements
Comments Off on Understanding Islamic Funeral Traditions 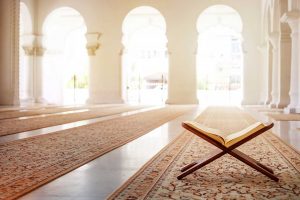 Below, we will take a look at Islamic funeral traditions and some beliefs.

Within Islam, there are basically two sects. On a number of religious issues, they hold different views. Muslims commonly believe, for the most part, that when the world is destroyed, entry into Paradise on the Day of Judgment will be yielded according to one’s good deeds. This is also referred to as “Last Day”. Until then however, many Muslims believe the deceased will remain in their tomb. Suffering will be experienced by those heading for Hell and peace will be experienced by those heading for Paradise.

Ordinarily, very close friends and family members are present as death approaches. They should be offering encouraging words, kindness, and hope. A prayer is said as soon as death occurs: Inna lillahi wa inna ilayhi raji’un, and a request for forgiveness of the deceased person’s sins.

Additionally, there are specific steps that are taken with the deceased, including covering them with a fresh linen.

Muslim/Islamic Funeral – When to Hold It

From the time of death, as soon as possible, the body should be buried according to Islamic law. This means that immediately, planning and preparations for a funeral must begin. As soon as possible, someone should contact a local Islamic community organization for assistance.

Where Muslims are concerned, cremation is forbidden.

Unless required by federal or state law, cosmetology and embalming are also not allowed. This contributes to the urgency with which the body needs to be buried. Questions involving the transport of a body from one country to another should be addressed by conferring with a Muslim funeral director or Imam.

The body must be washed (three times – more if necessary – but an odd number of times) in preparation for burial and then shrouded. The washing may or may not be performed by a spouse. There is a specific order in which the body should be washed.

There are also specifics regarding women’s hair, the material used to shroud the body, and more.

Following death, as soon as possible, a body should be buried when a Muslim dies. Before the funeral, there is no viewing.

All members of the community perform funeral prayers (Salat al-Janazah). Though not inside the mosque, the prayers should be recited at it (i.e., mosque’s courtyard, a study room, prayer room, etc.).

The body can be transported for burial, to the cemetery, after the recitation of Salat al-Janazah. At the burial, only men are allowed, traditionally. This depends largely on the community, family, etc. The placement of the body within the grave and the digging of the grave also have requirements that are specific to the religion.

Immediate family will gather and receive visitors after the funeral and burial. For the first few days of mourning, it is customary for the community to provide the family with food. Generally, for 40 days, the mourning period will last (possibly shorter).

Consisting of approximately four months and 10 days, a mourning period is to be observed by widows. They are prohibited from interacting with any male they might someday be able to wed during this time. In cases of emergency, this rule may be overlooked.

At the time of death, weeping and crying are acceptable, as it is perfectly natural to express grief, according to Islam religion. However, extreme shows of emotion such as breaking objects, tearing clothing, shrieking, wailing, etc., are not allowed.

Should You Need an Islamic Funeral – Turn to Us

At American Heritage Cemetery Funeral Home Crematory, we can handle any culture, religion, theme, and more, regarding the type of funeral service you want or need. We will be happy to discuss any arrangements you want to make and, if you’re at a loss, advise you in whatever way you wish. That includes our ability to put together an Islamic funeral for a friend, spouse, family member, etc.

If you need some help planning a service for your loved one, feel free to contact us today.