A Guide To Catholic Funeral Planning

Posted on April 12, 2021 by AmericanHeritage under Education
Comments Off on A Guide To Catholic Funeral Planning 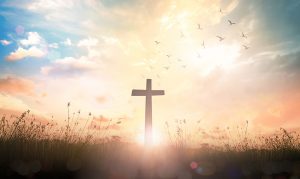 Catholic funerals have special rites to follow, and is often seen as one of the most beautiful funerals which incorporates traditional customs and rituals. However, when a loved one dies, it may be a bit overwhelming to have to make so many decisions when planning a Catholic funeral. Here is a guide to Catholic funeral planning, which explains some of the funeral rites and gives guidance to those who need to make decisions after a loved one’s death.

Communication Between the Parish and Funeral Homes

To Bury or to Cremate?

One of the biggest decisions to make is whether to bury or cremate the body of the deceased. As long as cremation is not chosen to express contrary ideals to the Christian hope, it is allowed. However, the Church tradition generally prefers burial over cremation. In order to reduce funeral expenses, more families are opting for cremation. If the family decides to go ahead with burying the body, the location of burial has to be chosen. Usually, the Church recommends for Catholics to be buried in either a Catholic cemetery as it is a consecrated ground. However, this does not mean that other cemeteries cannot be chosen. The idea is to bury the body in a dignified and fitting manner.

Next, the decision maker will have to decide whether the funeral will occur in the context of Mass. Of course, it is preferable to conduct Mass in the presence of the body of the deceased. However, in certain cases, the decision maker may choose not to hold a funeral Mass. This could be if the deceased has left Church for a long time, which makes Mass not as appropriate for their funeral. There could also be other reasons, such as the circumstance of the death or the life of the deceased. If a funeral mass is not chosen for the deceased, a memorial Mass should be scheduled later on.

Catholics show love for the deceased through prayer. After the burial, it is according to custom to celebrate a Mass on the one-month anniversary of their death. This is also known as the Month’s Mind Mass. Mass intentions can also be arranged for the deceased either on their death date, birth date or anniversary. Indulgences can also be obtained.

Catholic funeral planning may be confusing and overwhelming to some, especially while having to deal with the loss of a loved one. American heritage Cemetery Funeral Home Crematory is familiar with Catholic rites and rituals, and are able to help plan a Catholic funeral. Feel free to contact us to find out more about our services today.